In, 1988, after eight years of working with elderly people with dementia, I had a dream,

I wanted to found a small, friendly care home, where people with dementia could feel safe, understood, well cared-for and content.  I wanted families and friends of our residents to be relieved of the high pressures of day-to-day care, knowing that their loved ones were receiving the best of care from St. Cecilia.  This meant good physical care, but also the respect, empathy, good will and love vital to people whose personalities and memories have been thrown onto confusion by the arrival of dementia.

I believed in December, 1988, as I believe now, that the onset of dementia can mean the beginning of a new phase of life, and not the death of the individual.  I hoped to create a place where carers, upon whom everything depended, were loved and valued; where there were no hard words and no harsh language.  There would be no bossiness and no uniforms.  That way, there would be a beneficial and mutual sense of calm and love in St. Cecilia at all times.  By being allowed to be themselves, without reproach or criticism, the staff and residents would grow together in a spirit of optimism and calm.

That was my dream.  Judge for yourself the reality.

Watch the patience and calm of our carers.  See how even the most anxious of our residents becomes calm and at ease within a very short time of their arrival at St. Cecilia.

My dream became a reality. After 32 years of care, I decided to hand over the legacy of St. Cecilia to the competent hands of Robin Hiney, who had shown his skills and devotion to our residents in so many ways over four years.  With the assistance of Karen, Juliet, Nick and all our carers, Robin officially took over as Registered Manager on Tuesday, 17th December, 2013, while Ruth and I remain on hand in the background.

St. Cecilia will remain the same and I wish Robin and his team every success in their wonderful work for the future.

Thank you everyone for making my dream a reality 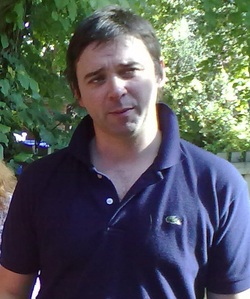 Registered Manager
Robin Hiney
Robin is a graduate of Durham University with an honours degree in Sociology and a graduate diploma in Psychology.
He has been with St Cecilia since January, 2010, managing the home with Robert and Ruth.
Robin has achieved a diploma in care management.
In his spare time, he is a keen Manchester United supporter and a fount of knowledge on all sporting matters. 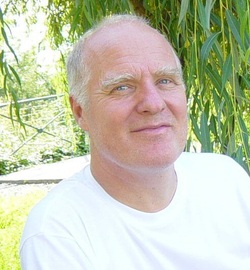 Robert's vision has always been of a world where elderly people are respected for the contribution that they and their generation have made.  He was aware of the shortfall in real care for frail, elderly people and has specialised in dementia care since 1981, initially as a social worker and then at St Cecilia since 1988.

Robert studied at the University of Queensland before becoming an English Teacher.  He later gained an MA and Social Work qualification at University of East Anglia in 1985. Robert worked in Residential and Field social work in Cambridgeshire between 1981-1986.  He moved to Dorset in 1986 and was Senior Social Worker for Poole Hospital, based at Alderney Hospital, caring for elderly people with Alzheimer's disease and other dementias, until founding St Cecilia Care in 1988.

Since then, Robert has established a reputation at St Cecilia as a leading provider of personalised dementia care in the Poole and Bournemouth area. 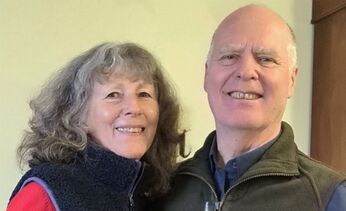 Away from St Cecilia, Robert and Ruth are both singers with great experience of opera, oratorio and musical comedy. Robert has sung professionally with Queensland Opera and D'Oyly Carte Opera. Ruth is artistic director of Dorset Chamber Opera, which she founded in 1990.

Robert and Ruth are passionate brass players, and can often be heard, with son, Robbie, entertaining our residents with brass trios and singing.   All three are members of Christchurch and Highcliffe Band and Wessex Military Band.